Karan Kundrra Video: TV actors Karan Kundrra and Tejaswi Prakash are one of the most loving couples in Telly Town. Their chemistry is a fire, which raises the mercury of the entire social media. Fans are also crazy about his bond and that is why he is affectionately called ‘TEJRAN’. Recently, fans have gifted Miniature Dolls to Karan, the video of which has been shared by the actor on social media.

Karan Kundrra has shared a video of miniature dolls given by fans on his Instagram handle. Karan’s miniature can be seen in the video first and just after that there is a miniature of Tejashwi. The miniature dolls of both are very beautiful. In the background of the video, Karan has put the audio song ‘I am not alone, Mushkine Hai Mere Saath’. With this, tagging his girlfriend Tejashwi Prakash, he wrote in the caption, “The difficulties are not decreasing. Thank you for sending these dolls.”

Fans are showering a lot of love on this video of Karan. One user said, ‘Haha, I remember when he said in BB House that my troubles and desires should come in one pack.’ One fan even took fun of him and said, “Get well soon in advance.” At the same time, one wrote, “Do you intend to be beaten even today?” One fan even said, “This difficulty is happy for the rest of your life.” In this way, many fans are making funny comments on his videos. 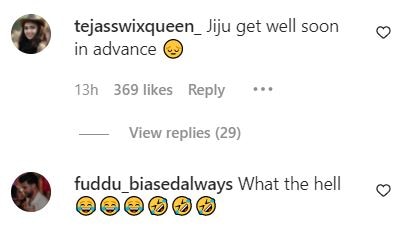 Tejashwi Prakash and Karan Kundrra’s love story started in ‘Bigg Boss 15’. Since then both have remained the favorite couple of the small screen. However, in the meantime, he is also concentrating on his work. Tejashwi Jahan is working in ‘Naagin 6’, while Karan Kundrra is hosting ‘Dance Deewane Juniors’.

Mirzapur 3: Ali Fazal is learning wrestling tricks for ‘Mirzapur 3’, ‘Guddu Pandit’ will be seen trying his hand in the arena