Colombo: Sri Lanka’s prime minister said late last month that the island nation’s debt-laden economy had “collapsed” as it runs out of money to pay for food and fuel. Short of cash to pay for imports of such necessities and already defaulting on its debt, it is seeking help from neighboring India and China and from the International Monetary Fund. Prime Minister Ranil Wickremesinghe, who took office in May, was emphasizing the monumental task he faced in turning around an economy he said was heading for “rock bottom”.

On Saturday both he and President Gotabaya Rajapaksa agreed to resign amid mounting pressure from protesters who stormed both their residences and set fire to one of them.

Sri Lankans are skipping meals as they endure shortages and lining up for hours to try to buy scarce fuel. It’s a harsh reality for a country whose economy had been growing quickly, with a growing and comfortable middle class, until the latest crisis deepened.

The government owes USD 51 billion and is unable to make interest payments on its loans, let alone put a dent in the amount borrowed. Tourism, an important engine of economic growth, has sputtered because of the pandemic and concerns about safety after the terror attacks in 2019. And its currency has collapsed by 80%, making imports more expensive and worsening inflation that is already out of control, with food costs rising 57%, according to official data.

The result is a country hurtling towards bankruptcy, with hardly any money to import gasoline, milk, cooking gas and toilet paper.

Political corruption is also a problem; not only did it play a role in the country squandering its wealth, but it also complicates any financial rescue for Sri Lanka.

Anit Mukherjee, a policy fellow and economist at the Center for Global Development in Washington, said any assistance from the IMF or World Bank should come with strict conditions to make sure the aid isn’t mismanaged.

Still, Mukherjee noted that Sri Lanka sits in one of the world’s busiest shipping lanes, so letting a country of such strategic significance collapse is not an option.

HOW IS SRI LANKA CRISIS AFFECTING ITS CITIZENS?

Tropical Sri Lanka normally is not lacking in food, but people are going hungry. The UN World Food Program says nearly nine of 10 families are skipping meals or otherwise skimping to stretch out their food, while 3 million are receiving emergency humanitarian aid. 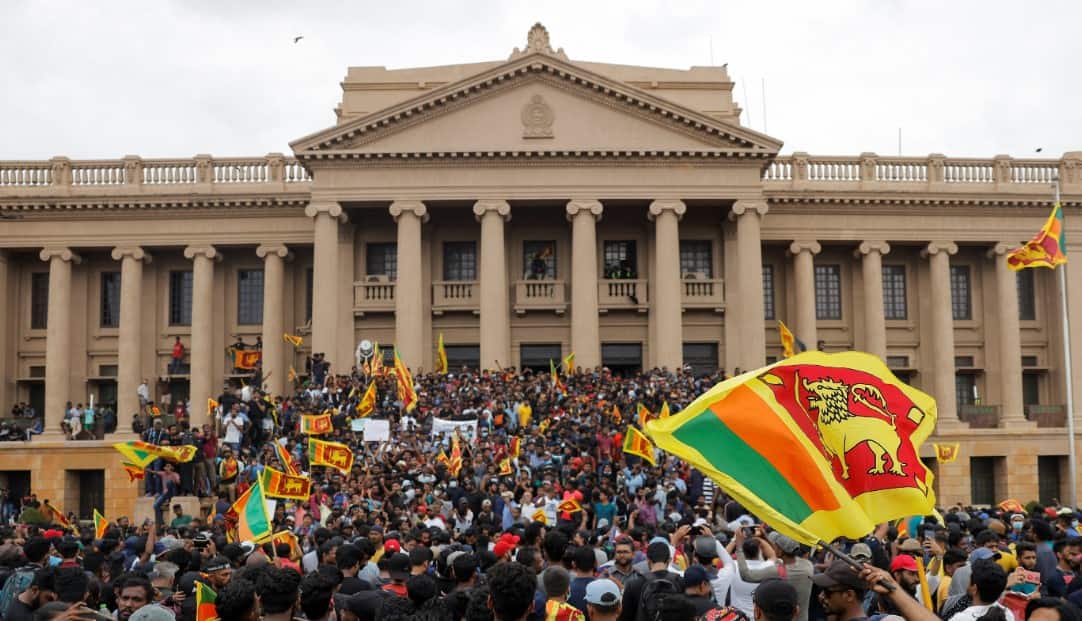 Doctors have resorted to social media to try to get critical supplies of equipment and medicine. Growing numbers of Sri Lankans are seeking passports to go overseas in search of work. Government workers have been given an extra day off for three months to allow them time to grow their own food.

In short, people are suffering and desperate for things to improve.

WHY IS SRI LANKAN ECONOMY IN SUCH DIRE STRAITS?

Economists say the crisis stems from domestic factors such as years of mismanagement and corruption. Much of the public’s ire has focused on President Rajapaksa and his brother, former Prime Minister Mahinda Rajapaksa. The latter resigned in May after weeks of anti-government protests that eventually turned violent.

Conditions have been deteriorating for the past several years. In 2019, Easter suicide bombings at churches and hotels killed more than 260 people. That devastated tourism, a key source of foreign exchange.

The government needed to boost its revenues as foreign debt for big infrastructure projects soared, but instead, Rajapaksa pushed through the largest tax cuts in Sri Lankan history. The tax cuts were recently reversed, but only after creditors downgraded Sri Lanka’s ratings, blocking it from borrowing more money as its foreign reserves sank. Then tourism flatlined again during the pandemic.

In April 2021, Rajapaksa suddenly banned imports of chemical fertilizers. The push for organic farming caught farmers by surprise and decimated staple rice crops, driving prices higher. To save on foreign exchange, imports of other items deemed to be luxuries were also banned. Meanwhile, the Ukraine war has pushed prices of food and oil higher. Inflation was near 40% and food prices were up nearly 60% in May.

WHY DID RANIL WICKREMESINGHE SAY SRI LANKA’S ECONOMY HAS COLLAPSED?

The stark declaration in June by Wickremesinghe, who is in his sixth term as prime minister, threatened to undermine any confidence in the state of the economy and didn’t reflect any specific new development. The prime minister appeared to be underscoring the challenges facing his government as it seeks help from the IMF and confronts criticism over the lack of improvement since he took office weeks earlier. The comment might have been intended to try to buy more time and support as he tries to get the economy back on track. 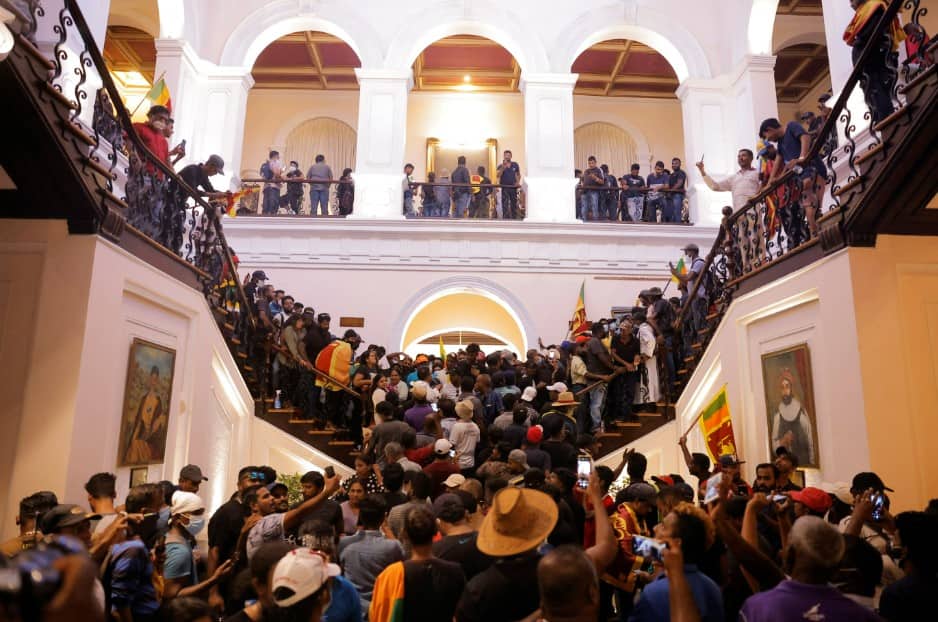 The Finance Ministry said Sri Lanka had only USD 25 million in usable foreign reserves. That has left it without the wherewithal to pay for imports, let alone repay billions in debt.

Meanwhile, the Sri Lankan rupee has weakened in value to about 360 to the US dollar. That makes the costs of imports even more prohibitive. Sri Lanka has suspended repayment of about $7 billion in foreign loans due this year out of USD 25 billion to be repaid by 2026.

WHAT IS GOVERNMENT DOING ABOUT SRI LANKA CRISIS?

So far Sri Lanka has been muddling through, mainly supported by USD 4 billion in credit lines from India. An Indian delegation came to the capital, Colombo, in June for talks on more assistance, but Wickremesinghe warned against expecting India to keep Sri Lanka afloat for long.

“Sri Lanka pins last hopes on IMF,” read a June headline in the Colombo Times. The government is in negotiations with the IMF on a bailout plan, and Wickremesinghe has said he expected to have a preliminary agreement later this summer.

Sri Lanka has also sought more help from China. Other governments like the US, Japan and Australia have provided a few hundred million dollars in support.

Earlier in June, the United Nations launched a worldwide public appeal for assistance. So far, projected funding barely scratches the surface of the $6 billion the country needs to stay afloat over the next six months.

To counter Sri Lanka’s fuel shortage, Wickremesinghe told The Associated Press in a recent interview that he would consider buying more steeply discounted oil from Russia.